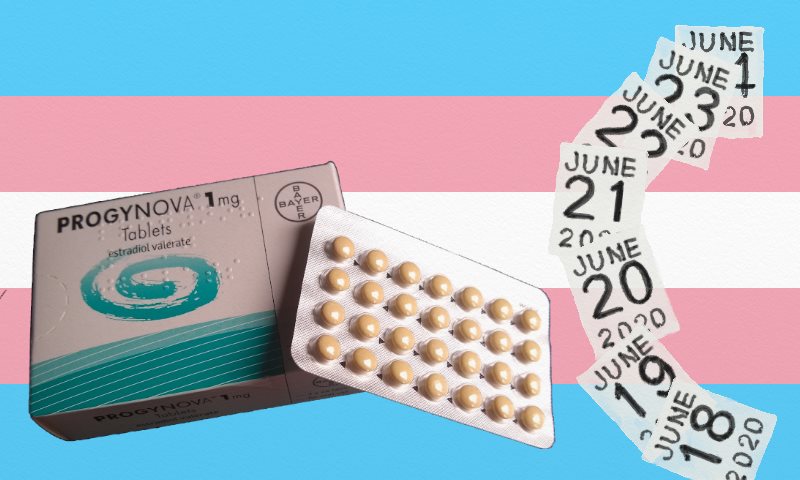 Hey Alexa, you made an error in the header – it is the 25th today.

One of the main things I had to keep an eye on were the side effects istradiol has. The worst are liver and kidney failure as well as thrombosis. The latter is one which can’t be missed and so far all is well *knocks on wood*

Liver and kidney failure are a different thing though. That needs an other way to keep track of. Signs of kidney failure are dark urine and liver failure are orange(ish) skin and pale eyes. Both of those are not there and I hope that they won’t pop up at some time. I don’t think so they will because most side effects will show their self in the first week.

Just to make sure I have asked my doctor for a blood screening of these values. He added a few other blood screening values as well and I have an appointment coming Monday with the lab.

Aside from side effects, the hormones their self also show they are there. Some for the better, other for the worst…

Last Tuesday for instance I was extremely cranky in the morning my wife said. When I went grocery shopping I had the feeling I burned up. One of the employees I spoke with at that moment said that it’d most likely be the hormones telling me they were kicking in 🤗

An other effect I could not miss to notice are sensible nipples. And that’s not the only thing though. I read on a transgender forum a while back that when hormones start to kick, you’ll get ‘pencil nipples’. At the time I had no idea what was meant with that, but now I know…

The costs are worth it

The hormones are not really cheap, but compared to the soy isoflavones I was taking they are just a bit more expensive. Sadly though, both are not paid for by my medical insurance. The soy for the simple reason it isn’t listed as medication.

The estradiol is an other problem. They are listed as medication which the medical insurance does pay for, but… A Dutch doctor has to proscribe them and not even in all cases they are fully paid for. That’s thanks for the ‘free’ medical market we have in The Netherlands. All insurance companies want to make as much profit as possible and they do it by only paying for the cheapest brands available 😠

In my case though, because a British doctor has proscribed them and a British apothecary provided them I cannot claim them with my insurance. The only way to get a partial refund is my annual tax deduction.

To start with, they have now started with transgenders who were put on the waiting list in August 2018❗❗❗❗❗ To make things worst, I was put on that $%^*^&^( waiting list in July 2019, meaning that a year from now it’s finally my turn to start.

Aside from that, I once again called them last Friday (my doctor recommended so because I started with foreign hormones) to see if I could get in for HRT only so they could monitor me (also because of my tweet two weeks ago). All I had was some BS that they were more concerned about the tweet than my safety using hormones without direct monitoring.

When I finally convinced that I was okay since I took the hormones, I could once more start nagging the (male) nurse about the HRT. I made clear that I I tried all regular channels I could and that the VUmc is the one putting them down one by one. The nurse told me he’d once again ask their endocrinologist to contact the one here in Alkmaar and either of them would come back to me. THAT WAS LAST FRIDAY! I guess I will wait a bit longer and if I don’t hear from them this week I’ll call coming Monday.

I think I have said enough already about this, but there are a few things I still need to add.

First and foremost, my wife was furious when she read last week’s post. Not for the post itself, but the tweet I included. She reminded me that she’s there to support me like I support her. She even asked me to remove that tweet completely. I made it clear that that’s something I won’t do because the blog’s subtitle is “My transition and how I experience it” (I have changed it to NSFT though).

I have also made an appointment with my psychiatrist to talk about the tweet. With that I hope that he can push the VUmc to get me in early because of it. That appointment is coming Monday by video chat.

I am very happy all goes as it should No weird side effects and only the effects which come with a ‘natural’ influx of (monthly) oestrogen cis women have. I won’t make this a weekly update either unless something happens worth to post. I will most likely make it a monthly update, but I am not sure about that yet.

Thanks for reading and ‘enjoy’ these couple of tropical days we have in Europe.
Love Alexa 💋💕 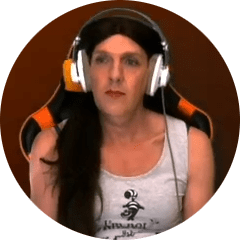 I am at the start of my transition to become the beautiful woman on the outside as I already am on the inside. I want to tell the world how I experience this both physically, emotionally and socially.

We use cookies to ensure that we give you the best experience on our website. If you continue to use this site we will assume that you are happy with it.Ok